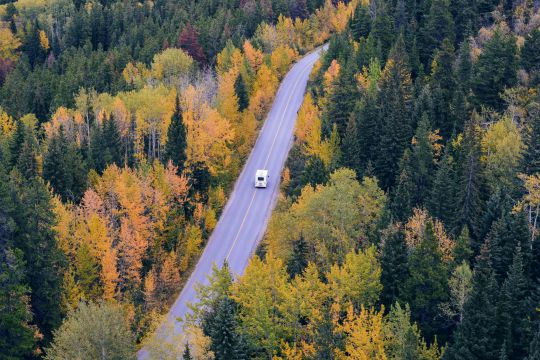 It's been about four months since I left work, and three since I wrote my last post on this blog. A lot has happened since we last spoke. I'll do my best to catch you up.

The original plan, you may remember, was for me to take a year off, cushioned by more than adequate savings, so I could focus on writing and taking care of the home. It was a solid plan on paper. Maybe in time, it would have yielded exciting, fulfilling fruit. We'll never know, because we kind of threw a wrench into it.

We bought a house last month.

Don't get me wrong: it was the right decision. It's a great house, and we got it for an unbelievably great price. Sometimes you have to strike while the iron is hot, so we did. We're both very excited with our choice, and we can't wait to move in!

But it's safe to say that this huge life decision has placed us on a completely different track than before. We live in Edmonton right now, but our new house is in Nova Scotia. We'll be embarking on a cross-country move before the year is over. That's no small task, and it's already completely disrupting a plan that was just finding its footing.


For one thing, the savings I had intended to spread out over a year will be completely dried up in a few months. That's because buying a house - even a cheap house - is pretty expensive up front. We pulled from savings to pay for things like a deposit ($500), a home inspection ($450), notary fees ($300) and closing costs ($1400). It's an alarming amount of money to say goodbye to in the space of a month.

And that's not all! We're presently locked into a rental agreement in Edmonton. We'll be paying the rent until November, regardless of whether we still live in this apartment. We closed on our Nova Scotia house at the end of July, which means we're going to spend August, September, October, and November paying our NS mortgage (plus insurance and property taxes) on top of our Edmonton rent.

Paying for two homes at once is not something we ever intended to do, but it's a necessary evil for the next few months. Our NS mortgage is laughably low, and Kate's Edmonton job pays well enough that we can squeak by until it's time to move, but it's going to be a tight few months, even with my rent contribution.

Sometimes I think I should be returning to work. But then I ask myself: does it really make sense for me to start a new job here in Edmonton only to quit three months later? Would anyone hire me if I was honest about my time frame up front? Would I want to lie?

On the home side of things, it hardly seems wise to let the household fall into frustrating chaos once again, especially now. There's a lot more to take care of than dishes and laundry these days.

I spent July tied up with the house purchase. It's one thing for people to tell you that buying a house is a stressful experience; it's another thing to live it. There was a never-ending list of details to keep track of, people to keep on top of, deadlines to manage. Doing it all from three time zones away made it even worse.

Pretty much every person we had to deal with (realtor, credit union rep, home inspector, insurance agent, lawyer, power company, gas company) was off the clock by 1:30 PM our time. Correspondence with these folks was constant, and took the form of lengthy email exchanges and phone calls, typically in the mornings. This would have been nearly impossible to juggle if I'd been at work. Kate was at work, and I know it was stressful for her to receive a constant stream of questions and answers from me during the day.

We secured the house on July 29. It was a huge relief to free up that part of my brain again, but it quickly got directed to other tasks.

I had some fun with math (and spreadsheets!), calculating how we were going to make the next few months work. I was excited when I worked out a budget we could live with. I also spent some time planning the move itself. I gathered and compared quotes from moving companies. I priced out how much it would cost us to fly to NS (and transport our car) versus just driving the car out ourselves. (Spoiler alert: driving will be cheaper.)

I've moved eleven times in my life and I've never used a moving company. It's going to be expensive, but if we want to keep any of our stuff, we're going to have to bite the bullet. At the moment, we're ridding ourselves of everything we're not attached to. If something's not worth the money it would cost to move it, it's not coming with us.

As it turns out, a lot of our things fall into this category. I've been selling stuff like mad on Kijiji. It's proven to be quite an effective method of getting rid of items we no longer want while making some much-needed cash in the process. I've been enjoying it! Plus, I feel like I'm contributing something concrete to our household, which feels good.

I'm an excellent packer, and more than happy to do it without help. I've already packed about a dozen boxes, and there will be many more as the months wear on. I've done this before. I'm ready for it. Unfortunately, I'm finding it hard to shift my focus from "moving mode" to "writing mode."

The whole point of this sabbatical was to devote time to my writing. I feel like I'm failing pretty remarkably. At the moment, the only concrete writing project I can point to is the website Kate and I created (Butch Please). I'm proud of the website and I love writing for it, but it's becoming apparent that we'll never make money at it without first investing money into it. We're not in a position to do that just now, which means we're writing for free.

The next few months will bring big change into our lives. It's hard to say how it will feel once we're in our new home. It's going to be a giant reset button for pretty much every routine we have. That's daunting, but also exciting.

We all need new scenery once in a while. We all need to take a chance.